I got acquainted with Photoshop when I was about 15 years old. I didn't do any real work at that time, of course. I mostly played with images. And you know which Photoshop menu was my favorite? Filters. Applying them to images was a fascinating process. Nowadays I don't use them so much, especially the ones that come from the Filter gallery, but there are three filter groups that are absolutely necessary for product image retouching. These groups are: Blur, Noise and Sharpen. We'll only get to sharpening images at the end of the course, so for now, let's talk about filters used for imperfections removal only.

An important notice! As the video doesn't seem to display noise properly, you might wonder where the effect is when I add some noise to the image. It's there, it's just that you can't see it because of the video scaling and compression. You have to experiment on your own to see it properly, and don't forget to scale the image to 100%.

Some filters are nice but can be applied when retouching smooth surfaces only. Those are the filters from the Blur group, with the Gaussian Blur being the most popular of them all. It is not assigned to any shortcut by default, but if you use it often, it’s worth doing on your own. This filter is quite simple and has only one input value, which is the Radius. The bigger the value, the stronger the blur effect.

The Surface blur is another useful filter. Unlike its Gaussian neighbor, it has two settings: the Radius and the Threshold. The bigger the Threshold value, the more of the image will be affected by the blur effect. If Threshold is set to low, Surface blur will only blur flat surfaces leaving groups of pixels devoid of empty areas, intact. For now, this is all you need to know about blurring. We will be using these filters to help us retouch images, just later.

Blurring something and leaving it like that is not a good idea. The effect can be easily noticed and it makes the images look unnatural. This is especially true about blurring the human skin. The easiest way to reduce the visibility of the blur effect is to apply some noise over the same image or a particular area. There’s the Add Noise filter and that’s exactly what it does. It adds a specified amount of noise to the image. So, if you are forced to use cheap tricks such as blurring to speed up your retouching (which happens quite often when you retouch catalogues and it’s supposed to be like that), don’t forget to add some noise afterwards.

There’s another filter that is very useful for catalogue retouching. It sits there in the Noise section and it’s called Dust & Scratches. It’s purpose is to remove dust and scratches from images. A long time ago, when most images retouchers worked with were scanned photographs, it was a huge issue. Imagine that you have an image covered with dust. Removing it with a healing brush would be so tedious and time consuming! But there’s a faster way. Dust & Scratches filter doesn’t have any shortcut keys by default and you should definitely change that. So, it has two sliders that you can adjust: the Radius and the Threshold. The Radius is responsible for the amount of distortion, and the Threshold determines how much of the image will be distorted. If it’s set to zero, the filter will affect pretty much everything in the image. So the more the Threshold value, the less of the image will be affected. Just play around with these values and you’ll quickly be able to set up the filter correctly to remove dust or whatever you want to remove from the whole image at once. Bad news is that while doing so, the filter will most probably ruin the image. All the fine details will probably be gone with the dust. But don’t worry. There's a way you can use it efficiently without having to face the grave consequences.

Sometimes you will be dealing with a lot of small defects on a large surface. Like shave dots or small moles. There’s a way how to remove things like that without having to click on every single mole as you would if you wanted to use the Spot Healing Brush. This thing is better used as an action, so that you don’t have to repeat all the steps manually every time. Here’s how it works. You can do it on both low-res and high-res images, but make a choice, because the filter settings depend on image size. I’ll do it on a low-res image, which is just 1200 pixels high. Whatever you have, make sure it’s scaled to 100%, otherwise you won’t notice how exactly it will affect the skin. Access the Dust & Scratches filter and make sure the Preview checkbox is checked. Adjust the Filter settings so that the small defects like moles go away, but watch closely so that the skin texture is not affected by the filter. In my case, Radius 5 and Threshold 11 seem to be sufficient. Click on the Preview checkbox a few times to make sure it doesn’t ruin your skin texture. Then press OK and go to the History panel. Left-click on the small empty box next to the Dust & Scratches step, and you’ll set the source for the history brush. Now go back exactly one step by clicking on the line directly above the Dust & Scratches step. Don’t press Ctrl-Z, it won’t work. That’s it. Now if you access the History brush, which I usually do by pressing Y key, you can paint over the moles and they will be gone. History brush will be using the image with the Dust & Scratches filter applied as the source. It’s a bit funny because we returned to the step before and the Dust & Scratches filter was not really applied, but it still works just like that, as if the History Brush is getting information from a source from the future that never happened.

You might say that it’s a bit tedious to set the filter up before you can use it, but the deal is that if you work in product image retouching, you work with similar images. At least their final size will be the same. So you can just set it up once and record as an action, and then just run the action when you need it. It will allow you to skip the setup and use the History brush immediately. I have three versions of the same action: one is for the on low-res, the other one is for the on high-res, and the last one, the strongest of them all, is for background cleaning. The background cleaning action is much more complex than the rest of them, but we'll get to that in due time.

Be careful and only use the History brush in Dust & Scratches mode locally, don’t drag it all over your image and don’t touch any edges, use it only on moles and things like that.

Well, that’s pretty much it. There’s a ton of other filters, but they won’t help you retouch e-commerce images, except, probably, the High Pass, but let’s postpone the discussion of this one for later, till we get to frequencies splitting. There's also the Median filter, but it's not like it can do anything that Dust & Scratches can't. The deal is that the Median filter does exactly the same thing, it just doesn't have a Threshold slider and that's pretty much all the difference. 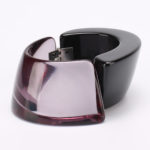