Let's see how we can clean dirt and fingerprints in Photoshop. Despite the fact that all the items that arrive in the studio are supposed to be prepared prior to the photo shoot, there's still quite a chance you're going to retouch a lot of dirt and fingerprints. A typical online store content production studio is a chaotic place. There are strict deadlines: you have to upload the images to the website ASAP, and everyone's wages are items-based, not hour-based. This system causes people to hurry and when they do so, they do their jobs worse than they could. Instead of cleaning the items well, they barely touch it with a rag, and they handle them without wearing gloves because it's not easy to find a pair of gloves in a messy workspace.

That's why, and not just because of that, we get a lot of faulty images. Some of them can be rejected, but if it's just a small fingerprint or a bit of dirt, we usually don't make a fuss over it.

This bag buckle is not reflecting much, but it's very dirty. Metal is easy to scratch, and if you handle it with bare hands, you'll leave fingerprints. But there's one good thing about metal that lets us deal with problems like these really fast. The thing is – metal has no texture. It means that you can smudge it all you want. I'll select the buckle with the Lasso Tool and access the Surface Blur window. You can find it in the Filter menu, but I prefer using the shortcut I've assigned myself. Surface blur is not really intuitive, so make sure you experiment with the Radius and the Threshold values until you get the hang of it. At Radius 1, Threshold 2 it does nothing. Avoid high Threshold values as it will make the whole image too blurry. Set the Radius to something average, like 15, and then increase the Threshold setting until you're satisfied with the result. In this case, Radius 15 and Threshold 25 seems like a good setup. All the dirty spots are gone, but the color tint is still there as well as some scratches. After using the Brush in ode to fix the color, I'll smudge the scratches with the Mixer Brush, making horizontal strokes by clicking once, holding Shift and clicking in a spot at the same height. When all the scratches are gone, we're almost done. Almost, because of all the dirt, the buckle has lost contrast, so I'll grab the Burn Tool, set it to Shadows, 30% Exposure, and make the reflection in the center a bit darker. When you look at the whole thing at 100% you might notice that something is a bit off, but after resizing the buckle will be perfectly okay. Always remember about resizing, otherwise, you might do a lot of extra work which is absolutely unnecessary.

Anything can be dirty and covered in fingerprints, but it becomes a real problem when you work with metal objects. The deal is that most metal objects sold online are small like watches, rings, things like that. And if something is very small, all the dirt and dust will be much more visible. Even if photographers and assistants do their job really well, you will still be struggling with dust, because it's so small you can't see it well with the naked eye. Fingerprints are another thing, because they normally shouldn't appear, as all the objects should be handled while wearing gloves. If you see fingerprints, do complain about it, it's not normal.

This bracelet doesn't look so bad from a distance, but zoom in to 100% scale and you'll see all the dust and dirt tainting it. The best way to remove dust is resizing the image first, as you won't have to remove so much after that. So make sure you do it after isolation and shape correction and other things like that. After resizing it's another story – all the dust you can see will be seen by customers, so you know exactly what to remove. How to do it? When there are a lot of small dust particles on a relatively smooth surface, you can use the Dust & Scratches filter. You know already how it works and you have already recorded a couple of actions that combine Dust & Scratches and the History Brush algorithms.

I'll use the medium strength action, which applies the Dust & Scratches filter with Radius 7 and Threshold 6. Just watch the edges, as it's not supposed to be used on edges at all. So you have to be rather careful about where you drag your History Brush. Switch it to the Mixer Brush to work on some bigger dirt fragments, or use the Spot Healing Tool on them. Combination of these tools will let you remove all the dust easily. Just don't expect the Dust & Scratches action to work on fingerprints. Use the Mixer Brush instead and zoom in as close as you have to, because it's necessary to be able to see what you're doing. 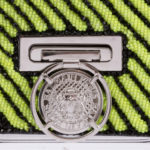 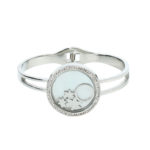