After we’ve dealt with the ghost mannequin and it’s no longer there, it’s time to retouch the garment to make it look nice, symmetrical and tidy. Symmetry is very important in mannequin retouching. To achieve symmetry, we are willing to make a lot of effort. The only exception is when the item is non-symmetrical itself, for instance, when it has one sleeve, or when one side is longer than the other and so on. But it doesn’t happen very often, as most of the clothes people wear are typically symmetrical. And there’s other good news: the mannequins used in the shooting process are always symmetrical. So the problem of symmetry only arises when the garment was not put on the mannequin properly by a photographer or an assistant.

If the raw images you get for retouching lack symmetry, and the garments look poor and untidy, this is the shooting problem and requires action on that stage, not on the retouching stage. The reason why is that retouching a poorly dressed mannequin can take up to half an hour, which is completely unacceptable in catalogue retouching. Half an hour of retouching time makes the resulting image too expensive and not reasonable in terms of e-commerce content production.

As I already said more than once, all the people involved in the process of content creating should be responsible for what they do. The items they work with should be treated properly: cleaned, ironed, steamed, brushed, dressed, placed, lighted, shot. The idea that “everything that is done wrong can and will be resolved by retouchers” is absolutely wrong. If you’re a retoucher and you keep getting really bad images, you shouldn't be retouching them for hours as if it is the proper way to do it. No matter how skilled you are, the garments that were not taken care of on the previous stages, will never look great after the retouching stage.

I’ll show you a set of images where every garment was shot twice. The first time it was hastily put on a mannequin without much care for symmetry, and the second time it was carefully adjusted to achieve a good symmetrical look.

In the first image, the sleeves look totally different. There’s also a gap between the sleeve and the mannequin on one side, that doesn’t exist on the other side. This is not a proper way to dress a mannequin. The same blouse looks much better on the right image.

The coat looks as if the mannequin has a humpback. The collar area is not symmetrical at all, same with the sleeves. The next image looks much better.

As you can see, it really depends on how you dress the mannequin. Proper work on the photography stage will save you tons of retouching time. Make sure there are no slackers on the previous stage if you want to be able to retouch mannequins fast. Otherwise, it’s just not possible.

There are two things you should always be watching for to correct: the symmetry as a whole and also the length of the sleeves if the garment has long sleeves. They should be the same length and it’s important. To check if they are okay, just make a guide and you’ll see if there’s any difference. To draw a guide quickly, make the Rulers active by pressing Ctrl-R, and then click on the ruler and hold, and drag. If you’re dragging a horizontal guide, you can make it vertical by holding Alt key, and vice versa. As you can see, the sleeves of the dress we’re currently working with, are not of the same length. Let's try and fix it.

Before you start dragging the sleeves around, make sure that the image is straight and doesn’t need to be rotated. In this particular case it doesn't. As the sleeves are very close to the body, I doubt that I'll be able to use the Liquify filter without freezing the dress first. It might take some time to use the Freeze Mask, but it's necessary if I don't want the Warp tool to affect it. Instead of liquifying, you can make a crude selection of the sleeve with a lasso, press Ctrl-T to access the Free Transform interface and just make the whole thing shorter by grabbing the lower middle reference point and pull it up. And that's it.

But it's not just the sleeves that require symmetry. If you look at the armpits, you'll notice that they look really different, which is not a good thing for a mannequin image. To fix it, I'll grab the Pen Tool and make a cut in both armpit areas. It would also be a good idea to add a guide to the image so that I know where the cut should end. There's a high probability that cutting won't be enough, so it's perfectly okay to do some Liquifying as well until the dress looks nice and symmetrical. Let’s continue with another example.

This leather coat is more or less symmetrical, but one of the sleeves is folded nicely, while the other one looks horribly creased. And this is not something you can fix by healing or stamping. If it was a random cheap coat and I had 200 more images like that to finish in a day, I would probably say “OK” and just leave it as it is. But this one is a very expensive coat made for a very demanding client, so a sleeve like this will not do. To fix it, I’ll select the other sleeve, making sure the shoulder seam is also included, copy it to a new layer and flip it horizontally. The easiest way to do this is to press Ctrl-T to access the Transform mode, click with the right mouse button and choose the Flip Horizontally command from the menu. Then I’ll move it and try to make it fit. The armpit looks a bit weird as well as the top of the shoulder, but the rest is just great as if it was there the whole time. I’ll erase the parts of the sleeve that are out of place and we get a nice symmetrical coat without spending much time.

Let’s talk more about flipping. This is more of an advanced technique. Most online stores, or at least the ones I know, do not demand their retouchers to go so far. There are tons of wrinkled, crooked, weird looking non-symmetrical mannequins online. It doesn’t matter how expensive the garments are. So I believe in most cases you will never have to make so much effort when retouching mannequins. But I worked in an online store that demanded perfection, so since I have the experience, why not sharing it with you. Flipping can be done in situations when it will take a lot of time otherwise, to retouch the whole mannequin properly. Instead of retouching the whole thing, you just retouch the better half and flip it around. This, of course, can only be done to symmetrical garments made of plain materials.

Look at this long sleeve. It came from a client that demanded that all the mannequins should have been devoid of any wrinkles. At all. Personally, I don’t like this kind of retouching, as items devoid of wrinkles are also devoid of any shape, they look flat and weird. But let’s do this because we do what clients want from us. I’ll select the mannequin to protect the outline and use the Clone Stamp to make the right side look completely flat, no wrinkles, except for the armpit fold. I could have done the same to the other side, but look, the outline of the sleeve is curved, I’ll have to cut it with the Pen tool to make it smooth. Instead of that, I’ll just flip the right side to the left. To do it, I’ll select half of the image (the one that looks nicer than the other), copy it to another layer, transform it and flip horizontally. Then I’ll move it to fit the other half and work with a soft eraser around the seam to make it look as if it has always been there. There you go.

Be careful, though! Excessive flipping can make garments look unnatural. You can also lose some important parts like logotypes if you’re not attentive enough in the process. Before flipping, look at the garment closely to see if it can be done in the first place, that the left and the right side of it are identical. If not, don’t do it. If you paid attention, the left side of the long sleeve didn’t have a metal logo thingie, but now there are two of them. I’ll remove the fake one with the Spot Healing tool.

As a person responsible for quality control, I've seen a lot of mannequins that were flipped in a weird way, like having two logos instead of one, or no logo at all, things like that. Be very attentive when flipping an image, as it might get you in trouble.

One of the shirts on this image has two front pockets instead of one because it was flipped. Flipping should be used mindfully, as a last resort, not as a primary method of mannequin retouching. But I'll leave it to you to decide whether to use it or not. Now let's talk a bit about particular garments and some specific demands for each of them. 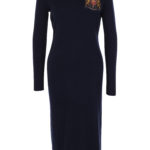 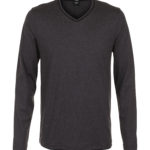 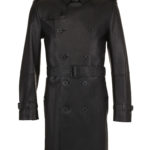