Isolating flat lay images in Photoshop can be a or a nightmare. You never know. In case the items are shot properly, I doubt you'll have any issues with the whole process. Just watch the following video and see it for yourself.

It all depends whether you are going to keep a shadow or not. If you do, and the items are dark enough and stand out from the background, it's the same as with any objects, the same workflow: deal with shape and symmetry first, then use the Magic Wand or any other tool to make a selection, fill it with white and get the shadow back with the History brush.

The fact that you're going to leave a shadow in place makes isolation somewhat easier. You don't have to be very accurate when you isolate the sleeves and the bottom, because there's a shadow there. If you're not going to keep a shadow, but there is one in the image, a good way to isolate it is to use the Pen Tool. It leaves a smooth edge and it also allows you to cut away all the unnecessary parts as well. So if you’re isolating flat lays and it’s a shadowless scheme, the Pen Tool is the tool of choice. The problem is that if you're not going to leave the shadow in the image, it means you have to isolate it, and sometimes it's not really easy.

This item is tricky to isolate, as it's bottom is very curvy and I have to follow the pattern with the Pen Tool. If I could leave a shadow there, I would not pay as much attention to this area, as if I was going to make a clean cut. But don't get all happy about that just yet. Getting a shadow back on items like this is time-consuming, too. The reason I can't just grab a big History brush and start dragging it around is that the original shadow is very small. So my brush tip has to be small, too, and I have to be careful with it. It means zooming in and zooming in means time. A small shadow like this looks nice, but if I made a bigger one it would have looked messy. So, shadow or no shadow, the isolation of flat lays always takes time. Flat lays are great when you want to get more familiar with the Pen Tool. You'll be using it a lot.

How much you will struggle with isolation greatly depends on the original images. The previous image was shot in a nice way. There was a shadow under the garment, and the white garment was still very visible on the white background. But in cases like this one, when photographers are unable to set the lights in a proper way, you'll get a horrible looking shadow all around the items. But I will not be showing you how to isolate a dress like this one. It's supposed to be shadowless, imagine that. Even if you follow it around with the Pen tool, there are still all the little holes inside, and you have to isolate them, too, otherwise, it won't look transparent. So the best approach to images like this one, if you can't leave a shadow, is to reject them so that photographers try again and shoot the dress on a white background, not on a gray one. It can be put on a hanger just like the furry vest we discussed in the previous section of the course. If an item is shot in a wrong way, it has to be reshot, there's no point in wasting time trying to retouch it. I would probably try if I had to spend 5 minutes, but not 20, it's just not worth it.

Most of the time flat lays have a small shadow, which is reasonable because they are lying flat, not hanging in the air like ghost mannequins. With the proper organization of the photography stage flat lays are not too hard to isolate and retouch. Select the background, fill it with white, get the shadow back with the History Brush and that's it with the isolation. Good lighting is everything here, poor lighting will make you suffer a lot. Make sure you give feedback to your superiors if your experience is not pleasant enough.

Getting the shadow back might be a bit more tricky with flat lays, than with objects standing still, because there are more shadows to worry about. Some of them are large, some are small, and you have to be careful not to leave messy areas where shadows are too hard. For example, after I Liquify and isolate this image, I need to restore shadows. If I use the History brush hastily, I can easily miss a few spots, and if you look closely enough, you'll notice that something is off there. There might be pieces of shadows sticking to the garment in places where I forgot to restore shadows, or shadows can be restored only partially, leaving a messy edge. Watch out, it happens very often when you work with flat lays. When you don't have to restore any shadows at all, it might be easier, but the whole isolation process will be harder instead – more Pen Tool than Magic Wand, I'd say. 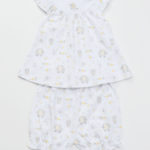 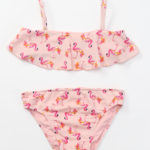