Retouching flat lay images for e-commerce: time for the tutorial! I'll teach you how to remove props and wrinkles, and to combine sets in Photoshop.

Removing props can be tricky, too. Sometimes the garments won't lie still, they will be creased and crooked. Pins can be used to set them in place. It's not hard to remove the pins with the Spot Healing brush, but it can be hard to notice them. How many pins are there in this image? Six. Four are clearly visible and two are somewhat hidden. Pay attention, or you'll never find them. Personally, I think photographers should have used pins with colored plastic heads so that they would be easier to notice. But this kind of pins works, too, just be attentive.

Hangers used for the flat lays shoots should be thin, but sturdy. Otherwise, it might be hard to remove them in Photoshop. You can use the Spot Healing tool, the Clone Stamp or even the Content-Aware Fill for the process of removal. I prefer the Spot Healing tool, as it's almost always the fastest method. The part of the hanger that doesn't intersect with the item can be just erased.

When you work with flat lays, just zoom the item in and work your way from the top to the bottom erasing and removing anything that is not a part of the item. Like the hanger, or some pins. There's also a zipper in the back of the dress, that you can see through the front, but I think it can be left there, as it definitely is an essential part of the garment. But there's a label seeing through the bottom of the dress as well. And you know, despite it being a part of the garment, you're supposed to remove labels like this one. Because when customers get the dress, they'll cut it off anyway. If it's not supposed to stay, remove it.

Make sure you leave the label with the brand name alone. This is very important, especially if it's a famous brand. I once worked in a luxurious store where they demanded all the brand labels to be straight and perfect. A crooked label alone was a good reason to reshoot an item. So I've learned to take this matter seriously.

There are no secret tricks here, just be attentive, and remove everything that seems out of place. You don't have to spend much time here, save that till we get to remove wrinkles.

Removing wrinkles on flat garments is a funny thing. I mean, in some online stores they make serious efforts to actually create folds and creases on their flat lays to give them some volume. Others do the opposite and do their best to eradicate all creases on both the photography and the retouching stages of the process. Which approach is the right one is not for us, retouchers, to decide. If your superiors find wrinkled clothes appealing, it's the same as winning in a lottery for you. If not, well, let's see what we can do.

As usual, I have to mention that we are not supposed to remove natural wrinkles, like here on the skirt. You need to keep the item as it is. Imagine that you're ironing. Which wrinkles will you try to remove with an iron? Definitely, not these particular wrinkles on the skirt.

How about this example? Almost all the wrinkles are natural here, but there's a couple of folds on the shorts. And on the left side as well. The rest of the wrinkles are optional. Personally, I am not a huge fan of absolutely flat items. Partially because it's a pain, but mostly because I don't see how making something flat makes it any better. Imagine that we had to remove all the wrinkles on the image. If we hadn't, we could finish the image in no time. Not if we had to work on every single fold. Let's see how much time it takes.

In a situation like this, it's reasonable to work on the wrinkles and also fix the shape before isolation, as with the original background still present, you don't have to worry about preserving the edge, we'll cut it out anyway. First of all, I'll remove the biggest wrinkles with the Clone Stamp, especially those that cannot be removed via the frequency separation. Like those between the legs, where the texture is severely deformed. I don't have to do it all with the stamp, of course. As soon as the biggest folds are gone I'll run the Frequencies Splitting action with the standard Radius and switch to the Brush in Lighten mode. Most wrinkles on this set are just dark spots on a light surface, so instead of mixing with the Mixer brush, I can just paint them over with some neutral color from a non-creased area. As the whole thing gets flatter, it becomes evident that I also have to Liquify it more. Flat surfaces call for straight lines. How much time have I spent already, a few minutes? Is it really worth it? Let's check the before-and-after images and I'll leave the decision up to you.

Be careful with some of the wrinkles. The garments are sometimes designed to be wrinkled. Like these trousers. There are symmetrical wrinkles in the crotch area, and they are also wrinkled in the bottom of the legs. The deal is that it's hard to get trousers wrinkled like that unless they were designed this way. So, think before you grab the Clone Stamp and don't ruin everything. In this particular case, I think only this tiny crease is actually worth removing.

This shirt is made of linen – the material that gets wrinkled the instant you look away from it. So despite been ironed and steamed a few minutes before the shot was taken, the garment is already wrinkled. I'll use the Healing Tool and set the Sample somewhere on the shoulder. I'll make sure the sample is not aligned because I'm going to use it all over the shirt. Now I'll use the Healing Tool on every wrinkle that I see, working in short strokes with a medium-sized brush. It's important to preserve the texture and the appearance of the material. I will keep this light transition on the left sleeve because it brings a lot of volume to the image. So it's necessary to keep all the beautiful folds while removing the ugly wrinkles.

It's also the reason why I didn't use the Frequency Separation technique – I didn't want to affect the volume of the garment. Well, I could have done it and use the Clone Stamp on the high frequency layer, but the Healing Tool works the same way. So there's no need to separate frequencies if you're not going to do anything on the lower frequency layer.

Let's take this concept to an extreme level. Imagine you've had to remove all the wrinkles from a jacket like this one. My attempt to do it, I have to admit, was hasty and rather sloppy. To turn the original image into a flatfish I spent about 8 minutes, not counting any isolation, which I did only to hide the fact the image was flipped. And as it was flipped, it means I only retouched one side of the jacket, the right side, to be exact. I mostly used the Clone Stamp in Lighten mode on the image, and later I did the Frequency Separation and worked a bit more on the layer. Then I put it on a white background, and then I flipped it and made one half fit the other more or less. So as a person who did this kind of thing more than once, I am pretty much sure this kind of approach is not acceptable for your typical retouching, as it simply takes a of a time and makes the garments look unnatural. I really hope you won't have to face tasks like this one often.

Otherwise, I mean, if you don't have to remove every single crease, flat lays are not very hard to retouch, and you'll be spending more time isolating than anything else.

Some garments, especially clothes for kids, come in sets. Sometimes they can be placed together and shot in one image, like this one above. If you have all the items in one image, the retouching process is no different from any other flat laid items.

Sometimes they are shot separately and have to be combined manually by a retoucher. Anything can be a set, but most of the time it's a t-shirt and shorts, two t-shirts or something like swimming suits. If the items are o big to fit the shooting background altogether, you'll have to combine them by yourself. It’s not a hard thing to do, just remember to keep the proportions right as you do it. When you have a top and a bottom in your set, the top is usually wider than the bottom.

If you look at this image closely, you'll notice that there's something weird about it. The top and the bottom of the set don't look natural as there's no shadow on the trousers. So let's make a shadow and fix it.

The fastest way to do so is to just use a Normal black brush with about 10% opacity. But make sure the brush tip is not big, because if it's too big, the top item will look as if it is floating about 10 inches high above the bottom item. The shadow should be rather tiny. When that's done, I'll add some shadow under the sleeves as well, because there should be shadows, too, just like underneath the trousers.

When you're combining images in one, it's important that you pay special attention to the process of isolation. After you've used the isolating action, you should immediately reselect the background by pressing Ctrl-Shift-D, invert the selection, and copy the contents – that is, the isolated item. It would probably also be a good idea to contract the selection by 1 pixel before copying the contents – depending on your image and the methods you've used to select in the first place. There might be a white rim around the object – a typical problem that occurs when you're trying to combine flat lay sets.

If you isolate the object you're supposed to cut out, if you isolate it on white and remember about it in the end and use the Magic Wand to select it again, this white rim will most probably be obvious and ugly. The best way to deal with it is to prevent it from appearing. But why does it appear?

When it's already happened, you can only get rid of it by using some edge modification like smoothing and contracting, but this is not really a good solution. It would be much better if you used the selection modified by the isolating action – right after the isolation took place. 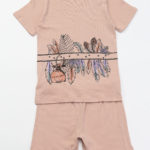 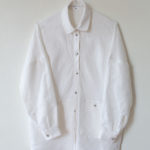