It’s not only about suede or velvet – you can reveal any materials exactly the same way. When you work on images that do not show materials closely (like model looks), it’s enough to just make them a bit lighter (or darker if the items are white). But if you work on close-ups, don’t be shy and use a texture revealing action to make them look nicer and more detailed as well. Since it's possible to reveal a texture with just a click of a button, I don't see a reason why we shouldn't do it.

Look at this texture. It’s so dark that I can’t tell straight away what’s it made of. The texture revealing action can be of help here. I’ll lighten the whole image first and then use it, setting the opacity at something about 60% before merging the layers. Much better, but the dirt and dust has been revealed as well, time to get rid of it. It’s not hard at all if you’re quick with the Healing Brush Tool.

Same with this one – it really hard to see what’s it made of. And what’s the reason for adding a close-up to the website, if it doesn’t tell anything about the material of the garment? So I’ll lighten it first, and then I’ll use the texture revealing action, reduce the opacity of the layer to 60 and flatten, and then just remove all the dust – after resizing, of course. It looks so much better now that I can’t really understand why it should not be done. Especially now, when you know exactly how to do it!

There's also another manual method that lets you reveal dark textures without having to access the Camera Raw. It can be used for more subtle tweaking of the image when you're almost satisfied with the results. So, is there a tool in Photoshop that allows you to make something dark lighter while preserving overall contrast? You'd probably vote for the Dodge tool, but I didn't actually mean it. It is a rather crude tool that messes up your contrast and colors if you give it a chance. If I access the Dodge tool, set it to Shadows, Exposure 50% and drag the brush over the same spot, eventually, it will turn gray, not just gray, but also completely dull. I don't like this result at all. Not that I might ever need such a strong effect, I just wanted to show you how it kills all the contrast in the affected area.

There's another way how to do the same thing without losing contrast so much. I'll access the Brush and switch its blending mode to Divide, which, sadly, doesn't have a shortcut. I'll set the Foreground color to light gray – the darker, the stronger effect will be achieved. Make sure the color you use is neutral, or you'll bring come other color into your image, which will be the opposite to the color you use. And don't set it to dark gray either, as in this case, you will be losing contrast. So, go for some light gray color, like 200 or 180. I'll also set Opacity to 50% just like the Dodge Tool before, just to demonstrate the effect. It's not really strong, you'll have to click a lot, but it's not like you're going to need to turn black things white with this brush. Compared with what the Dodge tool did, the Divide brush doesn't affect contrast so much, which is a good point. So I really prefer this to the clumsy Dodge tool. Try it out and you'll see that it's very useful when you need to reveal a bit of dark texture.

White textures also require revealing sometimes, that is when they are overexposed. As we're talking about close-ups here, textures are very important. If you have images where you can't see a thing, you have to do something about it. And just like with black textures, there's no reason to do anything manually, as the problem can be solved with a couple of actions.

I'll show you a few examples of really bright white textures. First thing you have to do after checking with the eyedropper and making sure the whole surface is too bright and this is not your imagination, run the darkening action and adjust the Fade slider to your liking. In this case, 35% is enough. Now run the white_textures action and that's it. What it does it no rocket science. It copies the current layer and applies a great deal of levels tweaking to it, and then the High Pass filter, and then blends it in the Hard Light mode with about 60% opacity. And finally it Blends it IF the surface is bright enough to be called white, that is to prevent the effect from occurring anywhere but the white textures. You can see it here on the neck, that without the Blending Option step it looks kind of oversharpened. After that, the gray layer gets merged with the layer below and that's it.

Compare this new image with the original one. You can see all the fine details pretty clearly, which is good.

Same with this image. I'll run the darkening action first, adjust the Fade slider till the image stops being overexposed, hit Enter and run the white texture revealing action. That's it. I'll resize it to some average online-store height and width. Compare it with the original – it's pretty evident that now you can see everything clearly.

As the texture revealing action is High Pass based, it won't reveal anything in a texture that is out of focus. Make sure you understand that. If a texture is partially blurred, this is not really a bad thing as long as there's a clear patch of texture that is in-focus as well. The rest might stay blurry. But if the whole texture is out of focus and cannot be sharpened, the only solution is to reshoot the image. There's a limit to our powers.

Neither black nor white texture revealing action won't reveal anything if the affected area is clipped. Make sure there are no pixels that are totally white or black, as you can't really reveal anything that doesn't exist. So if you have an image that is critically overexposed and cannot be fixed, don't expect any magic here. But that doesn't happen as often, and in most cases, you'll be able to fix images that are a bit too bright or too dark with no problem at all.

This rule about black items being about 20;20;20 in RGB values is important, but it doesn't mean it works in all cases. There are items that will lose contrast drastically if you try to make them fit these values. I'm talking about items that are black and glossy at the same time. Glossy items look better when they are dark, and there's no point in revealing texture either, because there's no texture, just a smooth surface.

This pair of shoes has some pretty dark areas, where the numbers are about 3 to 5, not even close to 10, let alone 20. But do they look underexposed to you? Not really. There are plenty of areas that are lighter, and the contrast between these dark and light areas is exactly what makes the shoes look glossy. If you try and use the lightening action to bring the darkest areas close to the standard black values, like, at least 15, you'll only get a worse image with no contrast. The pair of shoes worn and dusty, and it has to be brand new and shiny. In cases like this one, forget about the numbers. Make sure the object has a black point and there's enough contrast. In my career, no one ever complained about glossy items being too dark, it's not like suede and velvet. So contrast should be your concern number one. 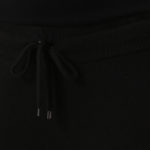 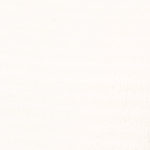