Total white background is old-school. When e-commerce was only starting to develop, most online stores presented their goods on a pure white background with no shadow at all. What I don't like about this kind of imagery is the floating appearance of the items.

While this seems to be the only reasonable option for invisible mannequins, other goods might not look so well without a shadow. Besides, total white isolation is sort of demanding for the photography setup. It's common sense that if you don't want a shadow in the final image, you shouldn't have it in the original image.

Imagine you wanted to isolate this pair of boots on white. It wouldn't be so easy with this dark shadow underneath: you'll have to work with the Pen Tool and do it rather carefully. Why shooting with a shadow in the first place?

If you want to eliminate all the shadows from your items before passing them to the retouching team, you can do many things. First of all, you can use a light box, or a light tent, which is practically the same thing. It's a box made of a translucent material. You place objects there and it provides a uniform background and no shadow when you shoot. If you manage to lighten the whole thing, of course. There's also a minus: when there's a lot of light involved, the contrast drops. You images will significantly lack contrast and you'll have to deal with that. It's also easy to blow out the highlights when you shoot white or shiny items if you're not careful enough.

It doesn't really have to be a box, it can be a regular object photography stand with a transparent or a translucent plastic background and an additional source of light below it.

You can also use transparent support fixtures for objects so that they don't drop a shadow on the background.

Or you can hang items, especially small ones so that they are surrounded with an even background. When we want to isolate, we don't really need the background to be bright white. It's okay for it to be light gray, what really is necessary is that it must be uniform and objects must be contrasted with it.

Otherwise, replacing the background will be a pain. You'll see it when I get to isolating this hairband.

As for the models, you can also use a lot of light on stage to make the background even and bright. It will ease isolation. You'll probably still have to use the Pen Tool around the feet, but you won't have any problems with hair or anything else.

Let's isolate this earring for a quick example. I don't really want to deal with all the stuff in the image, so I'll use the Rectangular Marquee tool to make an approximate selection, invert it and add to it with the Magic Wand. Then I'll just run the isolating action and that's it.

Pay attention to the fact that I didn't bother to isolate the insides of these tiny chains. It's because they are so small that there would be practically no difference even if I chose to isolate them. There's no point in doing something that doesn't affect the final result. 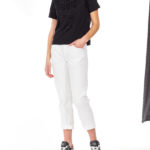 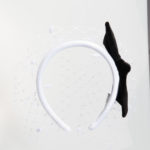 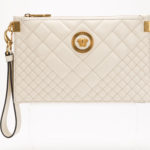 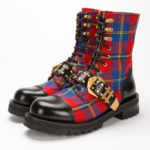 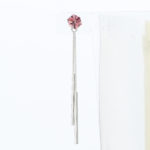 Next: Isolation with a natural shadow