Model isolation. How to replace background around hair.

Isolation is mostly an object thing, at least nowadays. But still, you might encounter situations when you have to isolate models. Here you have just two options. First one is the total white kind of isolation, then there's the total white with a shadow underneath the feet option. Doesn't have to be white exactly, as instead of white it might be gray, it doesn't change anything.

There are, of course, specific cases when you might need to do transparency isolation or work with chroma key green en, but I hope you won't ever need to do that. Seriously, these are the worst things you can get, so I'll say a few words about both stories, just a bit later, when we're finished dealing with the basic things. What can be more basic than isolation on white?

So, when you have to isolate on white, with a shadow or not, what you need is a decent image. A consistent white or a light gray background makes isolation so much easier than if you deal with a dirty dark background. No online stores should ever try to save their money on photography setup and disposable backgrounds. А faulty setup when there's not enough light on the background or when it's torn and dirty, all this can turn your life into hell as you'll be spending 10 times more on isolation than you really should.

If you have a nice white background in reality, isolation is easy. Just click around with the Magic Wand and run the isolating action, and then either restore the shadow to get a natural-looking image or cut the rest of the shadow out to get a total white isolation.

But it the background is dark gray and there are dark shadows underneath the model's feet, and you're supposed to do a total white here – well, good luck! Grab the Pen Tool and have some patience. Personally, if I had to do that, I would just quit my job. Not because I can't, because it shouldn't be done in minutes when it can be done in seconds.

Gray backgrounds are bad not just because of shadows under the feet. They also make hair isolation very tricky. How are you supposed to put this kind of hair on white? When you fill the background with white, you still have a lot of gray areas underneath the hair. To get rid of it, you can use the Selective Color command, which can be found in the Image/Adjustments menu. When you access it, go to the Whites and move the Black slider to the left. Make sure it's set to the Relative mode because Absolute will leave sharp edges. You can repeat it a few times if you're not satisfied with the result. Some of the frizz that is left can be just erased. This method affects all the highlights, so it might affect clothes and models as well unless there's nothing light gray in the images except for the background. So make sure you select the frizz area before you try it.

If the Selective Color method sounds like too much fuss, there's another method how you can select hair. After you've made the initial selection of the background with the Magic Wand or any other tool, access the Select & Mask window. As for the view mode, the best is the Overlay view, because you can choose the red color to indicate the selected area. When that's set, use the Refine Edge Brush Tool, which can be accessed by pressing R on your keyboard and run it over all the hairline. Make sure it's set to Expand Detection Area, meaning you click on the plus sign button, not on the minus sign. Run the brush all over the hairline and press Enter. You can now fill the selection with white and get a nice isolation result.

There's so much pain in hair isolation that it's not very reasonable to do it at all. You will be wasting hours of your valuable time on things that are not even a problem, not like blemishes or dirty or wrinkled clothes. I see that with years of e-commerce development, less and less online stores do this kind of thing. And those that still place their models on white care to shoot them on a background to make things easier for everyone.

Here, the frizz is barely visible because the background is so white. If there's some of it left after isolation, you can use the Dodge Tool set to Highlights, Exposure about 20%. It will get rid of all the stray hairs at once

Instead of using the Dodge Tool, you can do the same thing with an Eraser, just be aware that you have to control the brush hardness. A very soft brush will leave a fuzzy edge, which is one of the telltale signs of bad retouching style. Increase the tip's hardness up to at least 75% when you're trying to erase hair to make hairline smoother.

When I say "a telltale sign" I mean something in the image that is immediately recognized as retouched by those who have little idea about retouching in general. And it's always bad. Edges too soft or too hard to be natural, bald textureless spots on the skin, repetitive patterns after clone stamping – things like that should be avoided all the time. Our main retouching power is concealment of defects, and that is impossible if one is being sloppy.

If the setup is right, you'll be able to isolate models with just a bit of clicking with the Magic Wand. However, if you're going for a clean shadowless cut, you'll have to work on the feet with the Pen Tool most of the time. No matter how well they light the background, there will be shadows under the feet, and you won't be able to make a selection as easily as anywhere else. But if you're allowed to leave a small shadow underneath, it would make things much easier, as it will be the same as with objects: isolate with an approximate edge underneath and restore the shadow with the History brush afterward.

Sometimes we isolate models not on a white background, but on gray. It's rare, but it happens. The deal is that most online stores are satisfied with a natural-looking gray background, despite the fact it's not as consistent as an area filled with a solid color. It's cheaper this way. But some stores want a perfectly gray background around their models, they only let you keep a natural shadow underneath.

It's the same process as with the white color, but when you need to isolate hair, you can't really modify your selection to help you remove trash from the background. It's either hair details or trash removal, as you already know. But is it possible to kill two birds with one stone, that is, isolate hair and dirty backgrounds at the same time? Well, yes. The trick is as follows: after making the initial selection (manually, with the Magic Wand, or automatically, with one of my scripts), use the Select & Mask feature to isolate hair with the Refine Edge Brush Tool. Then fill the background. Then modify the selection (LINK) in a harsh, trash removing way, and fill it again. By changing the History Brush states, you'll be able to restore both fine hair details and a shadow underneath the feet.

Once again, the process is as follows:

If you think that making a gray background white or light gray while preserving the hair texture is the worst thing you can encounter, you're actually wrong. There are worse things than that. Like a chromakey green screen or transparency isolation. 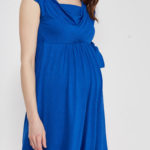 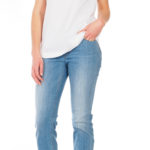 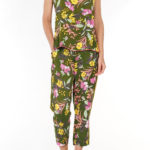