Isolation with an artificial shadow in Photoshop

Fortunately, the Drop Shadow effect is not very popular anymore, at least in product image retouching, and there are many reasons why. A fake shadow looks fake no matter what. No magic in Photoshop. If you want to create a realistic shadow, you'll have to spend quite some time, and we don't have that luxury when we work for the online stores. Time is extremely valuable.

There's another reason why not many online stores use this kind of imagery. Fake shadows are not easy to mass-produce. If you make an action that adds shadows, it won't be able to work well on all the objects alike. A shadow that looks nice under a bag won't necessarily fit a high heel shoe. Also, when you add shadows manually, it takes more time than restoring a natural shadow. It is also bad for the images consistency because 10 retouchers will add 10 different kinds of shadows even if you set some standards. Different shadows will make your website look like a mess, especially if there are many items on the same webpage, which is a really common thing with online stores.

But despite all these minuses, it's still doable. I just think this kind of imagery is used when faulty photography stations cannot produce images with good looking natural shadows. If they could, why reinvent the wheel and struggle with an artificial shadow? Natural shadows are so much easier to retouch, and they fit each object perfectly in the first place.

If you want to add fake shadows, you're going to do total isolation all the time. The objects must be cut out, and you can't have any pieces of white background sticking to them. At least not to their bottoms, where the shadows are supposed to sit.

The easiest way to add an artificial shadow is to just draw it. I have this bag already isolated on white, so I'll select the background with a single click of the Magic Wand, inverse the selection, copy its contents to a separate layer and go back to the background layer. Now I'll just grab the Normal Brush, make it black, make the tip soft and set the Opacity to something about 30%. As I draw on the background layer, it will not affect the object, and it will seem like there's a shadow under the object. Then I can just flatten the image and that's it. Well, not really. If I zoom in, you'll be able to see that there's a white border around the image. So maybe I should have shrunk the selection before copying it to another so that this white border would have stayed out. I'll go back in History to the step just before the Layer via Copy command, and contract the selection by 2 pixels. Now when I do the same things as before and draw a shadow, it looks more or less okay, no white border around the bag. Seems easy, but it's really not. Some objects are tricky and you won't be able to add a realistic shadow with one stroke.

This is a high heel shoe. I just want to show you the way it drops a shadow. It's not even and a shadow like this cannot be easily reproduced by drawing.

There's a gap between the toes and the heel, so the shadow should be less thick in this area. I have to keep this in mind as I draw the shadow. Does it look real to you? Well, it's not too bad, but assure you that if you let 10 retouchers do the same thing, the result will not be stable. Some shadows will be bigger, some will be thicker. Drawing is definitely an option, but let's also see how you can add shadows automatically.

Let's record an action now. I'll use this bag as an example. I'll select the white background with the Magic Wand, so let's suppose it's the step right before isolation. When you run the isolating action, after the isolating steps like modifying the selection and filling the background with white, but instead of deselecting the image, let's make a shadow there.

What you have to do at this stage is to Inverse the selection, then Contract it by 2 pixels, Cut it to another layer by pressing Ctrl-Shift-J, then Ctrl-click on this new layer to select it. Then it's time to access the Transform Selection command in the Select menu. You have to alter the reference point location by clicking on the lower middle square, which is to the left in the tool panel. Then change its height to 10% from 100% and press Enter. Now copy the contents of the selection by pressing Ctrl-J again, and move it down so that it ends up between the Background layer and the layer with the whole bag. You can do it by pressing Ctrl-[ or go to the Layer menu, Arrange submenu and click on the Send Backward command. This is our shadow wannabe layer now. Click on it twice, not on the name or the image, just on the tab, and it will bring you the Layer Style menu. Go to the Drop shadow tab and set it up. I've got these settings: Blend mode Normal, Opacity 60, color black, Angle 90, Distance 0, Spread 0 and Size 90. It makes a pretty nice small shadow right next to the object. But this kind of shadow is not really natural, as the real one would be dark right under the object and it would become gradually lighter with distance. Click on the Contour box in the Quality tab to bring up the Contour Editor. Half Round or Gaussian presets will give you a more realistic look.

Now press OK and all you have to do is flatten the image. There's the Flatten image command in the Layer menu, but you'd better assign a shortcut for it like I did because you'll be using it a lot. I have it on Ctrl-P, which is originally reserved for printing, but I don't even have a printer, so why not changing it to the Flatten Image instead. Now stop recording and let's see what we have managed to achieve.

If I go back in History to the point where I had the background around the image selected and run the action, it will create a shadow without any problems. But don't get excited yet, because this shadow fits this particular bag, why do you think it will fit any other object?

If I try to run the action on this item, you will see that it doesn't look so well. The transformation we did to the bag does not work in this case.

What about a hat? Well, more or less okay.

And a high heel shoe? Doesn't look too bad, but definitely is fake.

If I do the same to a watch the shadow will be a bit too high.

So, as you can see, it's not really possible to record an action that will add a realistic shadow to all kinds of objects. It means that you will have to do the transformation of the shadow manually, otherwise, the result will not be good enough. To do so, find the Transform Selection step in the action we've just written and click on the empty box next to it. Next time you run the action this step will demand user input.

Now let's run the action again and see how we can modify the shadow to make it look nicer. The bag is our original example. I'll select the background and run the action. It will stop right at the moment where you're supposed to modify the selection. If you think you don't need to do it for this particular item, which is true, just press Enter and the action will do the rest of the commands.

Watch shadow was too high, so I'll shrink the selection even more as soon as I get prompted. And the result is much better.

As for the hat, I'll make the selection higher so that the shadow becomes wider. Before that, we had a very narrow shadow that looked totally fake. But now it looks more decent.

The high heel shoe. Same as before, I'll pull the transformed layer so that it becomes higher, but just a little bit. It's not perfect but doesn't look bad either.

The scarf is lying flat, so the shadow shouldn't be just at the bottom of the image, it should be pretty much everywhere. I'll transform the layer so that it almost reaches the top of the image. 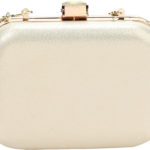 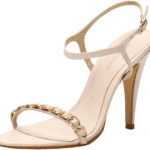 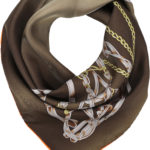 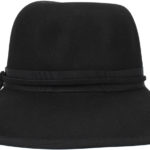 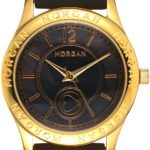 If you get the hang of it, you can work quite fast even with the necessity of manual layer transformation. I think if I had to do this, I'd make a couple of versions of the same actions, one for standing objects and another one for flat lays. Remember, that after you've applied the transformation, you can still change the shadow. Just set the source for the History brush and you'll be able to use it to erase the shadow in places where you don't want it to be.

I'll tell you honestly – in my extensive career I worked with more than 30 different online stores, and I've never had to organize a fake shadow image production. It's always either a total white or a natural shadow. But I did this section of the course anyway in case you need it. Now that you know the basics of the process, you'll be able to do your own setup to create all sorts of shadows without spending much time.

Next: Isolation with a reflection