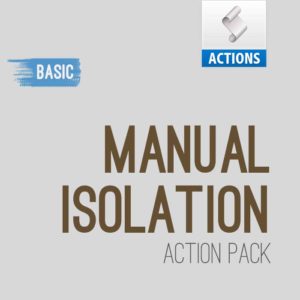 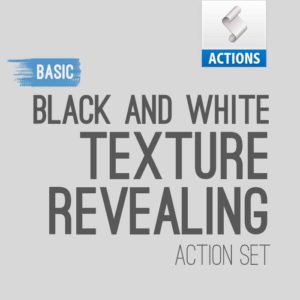 If you have to deal with “invisible” mannequins, you know how boring it is and how much time it takes to combine two images into one decent garment. Well, not anymore. At least not the combination part – you can do that with the “Backside_insert” Photoshop action!

The invisible mannequin technique is one of the most boring things you can encounter when working in product image retouching. But it can be easier with automation: instead of manually combining two images (front side and back side), just select the background around the front side and a piece of the backside, and the action will do the rest. Watch the video to see how it's done.

The invisible mannequin technique is considered one of the most boring retouching jobs in the industry, and for a reason. It's extremely repetitive. For every item, you have to do the same things, over and over. You isolate the front side of the garment, then you use other pieces of the same garment, like the backside, and combine them into one. Then you align the image up to some guidelines and that's it.

Sometimes you don't even have to do any actual combination. If the mannequin is modular, the neck can be removed to save you time on retouching. Just isolate and align and you're fine. But that's not what this video is about. It's about the neck joint work, about the process of combining two or more images into one ghost mannequin image, where the garment is floating in the air and no one seems to wear it despite all the volume.

As the process of combination is pretty much the same all the time, there's absolutely no reason to do it manually. That's why I've got this MANNEQUIN action set and the “Backside_insertion action”. I'm going to show you how to use it to speed up the backside insertion process. What you need is two images open in Photoshop. The first image has to be the front side, and the second image has to be the backside. It doesn't have to be just two images, you can open twenty or more, it's just the order that is important. Every front side comes first, and there's a backside after each front side because the action is using the “next document” and “previous document” commands to move between images. If you've opened some images in the wrong order, you can drag them around in Photoshop window to fix the order.

The front side image has to be isolated on white, and the background has to be selected. The backside has to be selected, too, not the whole image, but the part that will be visible from under the front side. When you have both conditions fulfilled, go to the front side image, and run the action. It will insert the backside in the neck opening, aligning it with the top of the garment so that you don't have to move it around. You get a Free Transform prompt and you need to adjust the backside piece to make it fit the neck opening. Press Enter and it will drop a shadow to make it look more natural. That's it. After that, you can align the image and resize it and do anything else.

Sometimes you have to insert a bigger backside piece, not just a fragment of the neckline. But it doesn't matter. The process is exactly the same. Select the background on the front piece. Select the backside piece. Go to the front side image and run the action. Adjust the backside as you see fit. You can warp it, you can erase some parts of it, you can Liquify it. The action leaves you with a three-layered image. The top layer is the front side. It drops a shadow on the middle layer, which is the back side. The Background layer is filled with white. After you've finished, flatten the image and that's it.

If your initial selection around the object is wrong, if it doesn't quite reach the garment, you might encounter a weird effect when you insert a backside piece. At least I've had this effect reported by some of the retouchers who used the action. I couldn't quite recreate this effect while retouching, so I'll just contract the selection by 4 pixels to make this white rim around appear. Despite the fact that the action deals with the potential white rim by using the Select & Mask feature, if this white outline is really thick, it will be visible in the end. To get rid of it, switch to the layer with the front side and use the History Brush on the neckline. And the white outline will just disappear. But making sure your selection fits the mannequin well before running the action would be a better approach.

Action 1: Backside_insert
Type: Action, semi-automatic
When to run: on a mannequin garment that needs the neck joint work done
Requires to run: a flattened image with a selected background around the isolated garment, as well as a selected piece of the backside in the next document
What it does: refines the edge of the mannequin and copies it to another layer. Goes to the next document and copies the selected piece. Goes back and inserts the piece under the garment aligning it automatically. Waits for the user to transform the backside and press Enter to apply the transformation. Drops a shadow on the backside.
Output: an image with three layers: the white background, the backside, and the garment that drops a shadow on the layer below.
User intervention: you get the Free Transform interface when the transformation is needed. Transform and apply it by pressing Enter.
Possible alteration: you can adjust any steps you wish, but the most common change would be the Drop Shadow effect. You can make the shadow bigger or smaller, darker or lighter, etc.